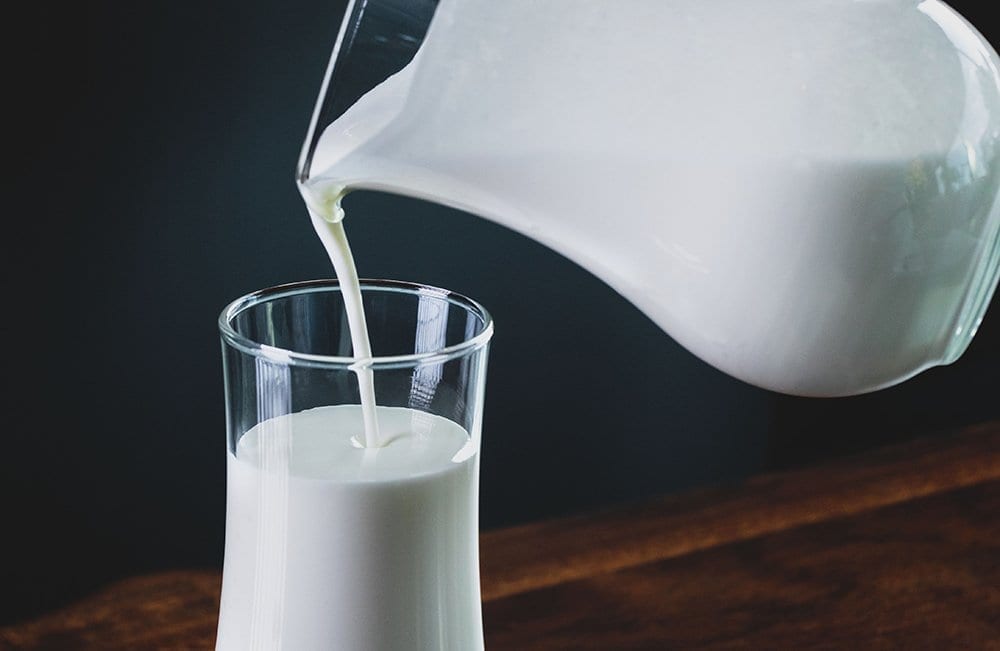 Almond milk accused of having a negative impact on the environment! Here are the best plant milks for our health and the planet

Plant milk is bad for the environment, I hear you cry! We’ve all heard that dairy production contributes to climate change due to the high levels of greenhouse gas emissions it produces, land it inhabits, rainforests it has to destroy to acquire sufficient space, fertiliser and water required to farm the cattle, and energy needed to process. So you’d think that a plant-based milk would be a better option for the planet. And you would be right, but there are certain types of plants which create higher negative impact on the planet than others which we obviously would rather avoid – almond, for example, may seem like a great milk alternative but they require a lot of water to produce – around one gallon per nut! Thankfully not all plant milks are detrimental to the rainforests or world water supplies, but it is definitely a good thing to get the facts straight before you scour the aisles of options and become totally befuddled!

Being British, my morning tea is an absolute ritual and one I struggle to forsake for any reason (yes I travel with tea bags just in case). So, when my plant-based diet and increased environmental conscience came to the realisation that dairy milk in my tea was going to have to go, I can’t pretend I wasn’t worried. But I have since found a few plant milks that have appeased my fears, by totally satisfying my tea needs as well as having minimal environmental impact. A huge relief as I wasn’t expecting there could ever be an on par replacement for the poor cow. As well as being kinder to the greenhouse struggle, plant milks can be beneficial to our health, as is reducing our intake of all things dairy, so it’s a win win to make the switch. 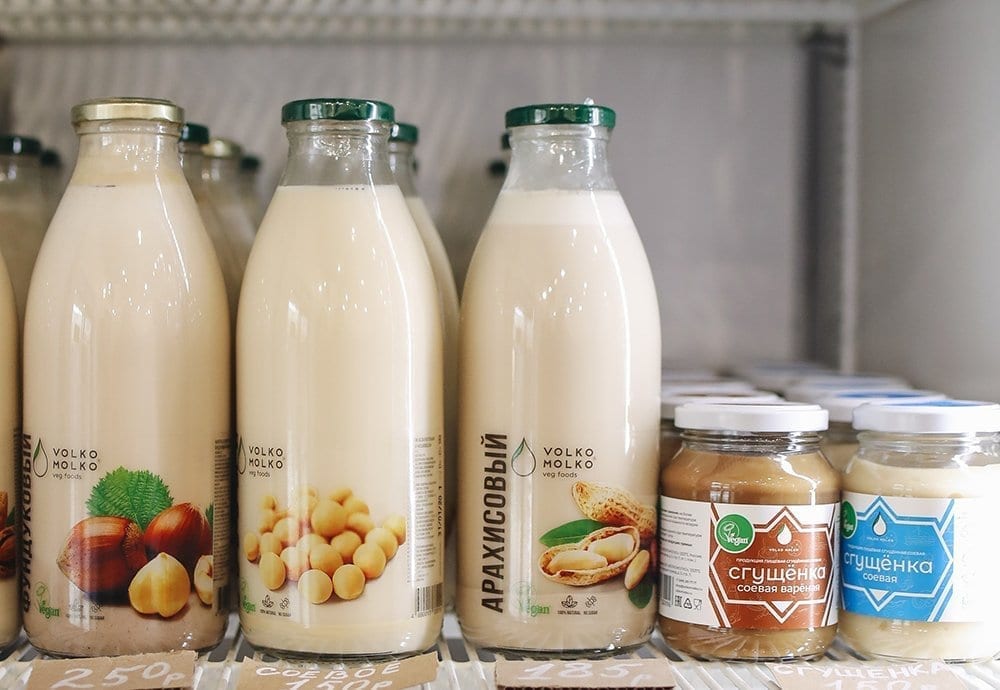 Looking at the extensive range of plant milks available today it is an overwhelming task to figure out which one will work for you. We need to look at flavour (priority), consistency – we don’t want think creamy blobs in our tea or for the milk to split, we can even factor in something that will froth for coffee lovers. The chosen one also needs to be environmentally friendly, and not pack any sort of punch on the planet, as well as being low in sugar, free from additives and preservatives, organic where possible, come in a recycled/recyclable container, and not cost the earth (literally).

So which one to select from the plethora of options? I decided to investigate and come up with my own top five plant milk types that meet all the relevant criteria and are readily available in most general supermarkets. This way we may not all have to taste test each and every one until we find our favourite alternative. 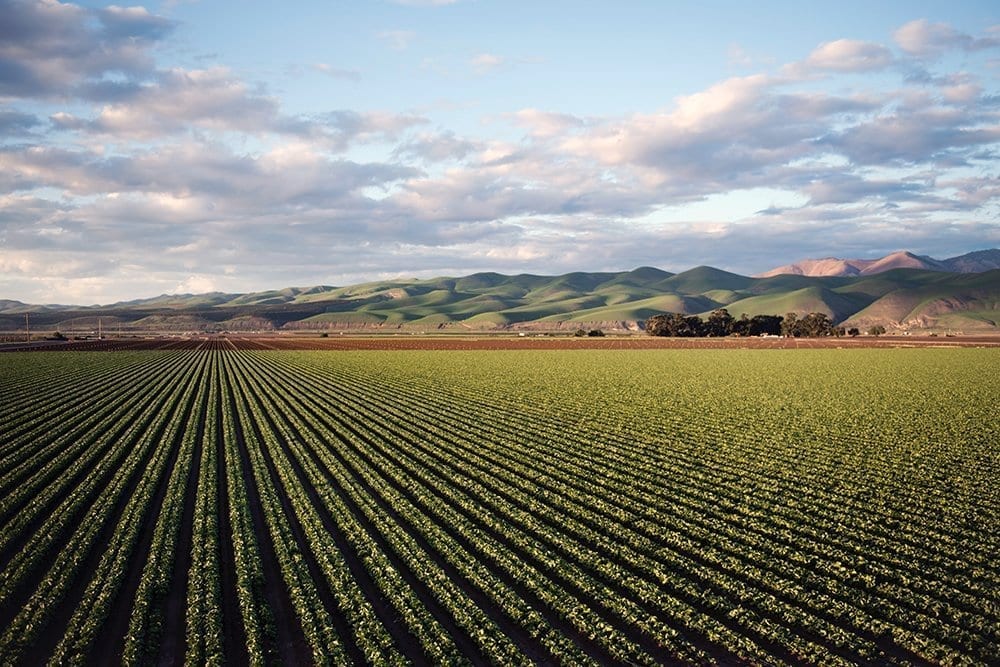 Soy products got a bad reputation, post becoming the most popular base to milk and meat alternatives around the world; word got around that soy products were full of hormones that wouldn’t sit well with human composition. However, the reality is that you would have to consume immeasurable amounts for it to have any negative effects. Soy milk comes close to bearing the same protein content as dairy milk, and is high on the sustainability list. Despite this, soybeans are grown in huge quantities worldwide in order to feed cattle for the meat and dairy industry, therefore if you’re going to opt for soy you need to do some research into the origin of your beans. Avoid South America as this is where large regions of Amazonian rainforest have been destroyed for its production. Flavour and consistency wise, soy is a winner and there are many options for flavour combinations to suit any pallet. There are vanilla flavours, frothable versions, and due to its popularity plenty of organic options.

Hemp milk wins some medals in the health department containing plenty of essential fatty acids and protein. It has a relatively good eco-stamp as it requires minimal amounts of pesticides, and is an excellent carbon dioxide filter reducing levels in the atmosphere – so the more we grow the better! Hemp itself is also extremely diverse and has so many uses that the entire plant can be used, making it an excellent product for producing minimal waste. It tastes great, a little similar to almond milk in its nuttiness, it is creamy but not too much so, and there are always organic options. 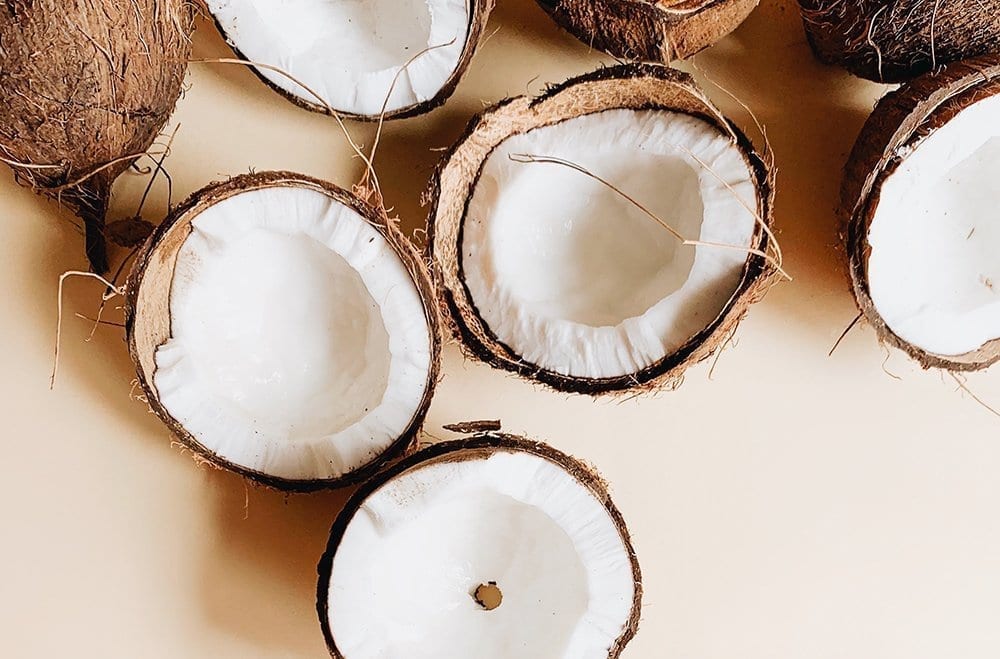 A loving milk alternative when it comes to its low environmental impact,  needing very little water to grow, coconut trees also filter carbon dioxide from the atmosphere and therefore combat greenhouse gases. The only negative impact they can really claim is in the production and transportation, which all milk types have. It isn’t the highest in nutrient content and would need some fortification to be able to stand up to making hot drinks taste good, but thankfully such versions are ready available. My favourite is rice and coconut, it tastes great, can be a little sweeter than others, but has a perfect texture and flavour for cereal, tea or coffee.

The farming of rice obviously requires plenty of water, if you’ve ever seen a paddy field you’ll know what I mean! It is also farmed worldwide which means yes, plenty of land is used for it, but it never has to be sent far to reach its audience. Other than that it has a pretty good level of sustainability. Try to locate a GM free version if you’re going to opt for rice milk as many will be from genetically modified origin, and seek out organic. It’s texture and flavour is pretty much on a par with cow’s milk, albeit slightly less thick (think semi-skimmed). It has a little sweetness to it and can be produced to include more nutrients than it naturally contains, it is great for lactose intolerant or those with nut allergies. If you’re looking for protein, however, this is not your milk.

Rolling in at number one on my personal list, the humble oat wins my vote. It is pretty close to dairy milk as far as flavour goes but with less density (it’s not as gloopy and doesn’t leave your throat and mouth feeling coated), it froths marvellously for coffee drinkers, and does not split in hot tea. You can find organically grown and produced versions which are purely made with oats and spring water. It doesn’t get more natural than that. Nutrition-wise oats provide a good dose of fibre as well as protein, and the milk is low in saturated fat. Oats have long been used to fight bad cholesterol, and these same nutrients are present in oak milk. The only catch is that you have to consume a handful of servings every day to get the benefits. While oat milk also contains B vitamins, it does not have as much protein and minerals as other milk alternatives. There are companies, however, that fortify oat milk, which adds in extra vitamins. Oats may need quite a bit of energy in production but they contribute far less carbon, and require far less water, than most other plants on the list.

Make sure you select the milk, or milks, which suit your tastes. Read the labels carefully when choosing a brand to ensure there are no hidden unwanted ingredients and enjoy your new-found love of all things plant!

Bonus: Most plant milks are long-life and needn’t be stored in the fridge until opened, so you can stock up and always have a ready supply of fresh delicious dairy alternatives.

Bonus 2: If you’re opting for any of the plant milks you’re already addressing plenty of environmental issues that cow’s milk causes!

Here at the School of Natural Health Sciences we offer eight different courses in nutrition, one of these being Plant Based Nutrition.

This course provides a very comprehensive overview of the vegan diet. The many health and environmental benefits of choosing plants are highlighted, with particular emphasis on heart health, weight management, and prevention of chronic disease in addition to optimizing the gut microbiome.

Valuable guidance is given to therapists helping clients make the transition to the vegan diet, with step-by-step implementation plans, food swaps that can be made at home, and practical advice on balancing meals.

View our Plant Based Nutrition Course page for more information and to enrol.