“If you want to find the secrets to the universe, think in terms of energy, frequency and vibration.” – Nikola Tesla

Everything in life is energy, and that’s what the theory of the seven chakras is based on. Chakras are labels given to the hubs of energy which are spread throughout our body, from the very base of our core to the tops of our crowns. Described as ‘energy centres’ in holistic terminology, these subtle parts of your body are untraceable, much like our emotions.

But who in history named and placed these untouchable and inexplicable physiological energy fire pits?

That would be Vedas. The Vedas are a large body of knowledge texts originating in the ancient Indian subcontinent. Composed in Vedic Sanskrit, the texts constitute the oldest layer of Sanskrit literature and the oldest scriptures of Hinduism, written in India (1,500 – 500 B.C.). The original meaning of the word chakra, for “wheel” refers to the chariot wheels of the rulers, called cakravartins. (The correct spelling is chakra, though pronounced with a ch as in church.) Sources: Wikipedia

From thousands of years ago, up until today, the belief is that when these energy hubs become unbalanced or “blocked,” it results in illness of the mind and/or body. As it happens, the most common symptoms of a blocked chakra are anxiety, lethargy and poor digestion. 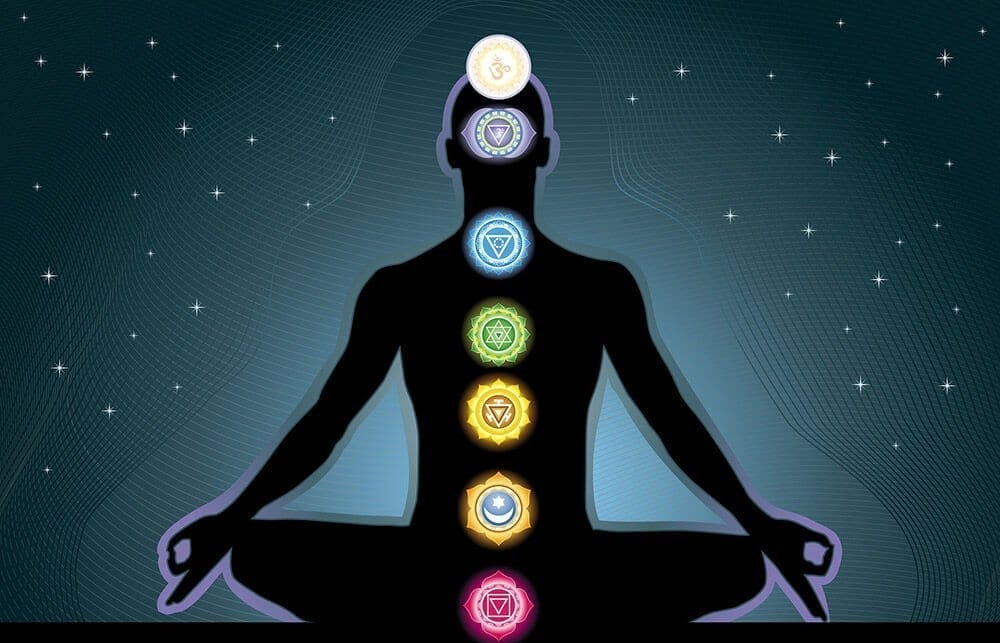 Here’s our quick summary on the 7 chakras and what they represent:

Represents the feeling of being grounded, our stability and foundation.

A free flowing root chakra will demonstrate a relatively healthy physical body. Good vitality, a general sense of safety and security within your life and the overall awareness of being spiritually grounded. Physically we’ll benefit from healthy bones and optimum functioning of the lower body including elimination, weight, adrenal glands, colon, legs and feet.

Represents acceptance of others, connectivity and new experiences.

Represents confidence and being in control of our lives.

The health of this chakra will enhance self-worth, owning the ability to make things happen and being a good leader. The solar plexus chakra is thought of as the main hub, with all the central lines stemming from it (think of it as the centre of our being). The free-flowing energy here creates a balanced representation of personal power and the way in which it is exercised. Physically we will find the lack of major allergies and hypertension, good digestion and adrenal function as well as a strong immunity and muscular system.

Represents our ability to love.

A healthy heart chakra focuses on relationships, empathy, a sense of emotional fulfilment and the ability to grieve in a non-destructive way. The heart chakra is responsible for being forgiving, understanding of others, kind, patient and strong. With this chakra in full force we can benefit from a healthy heart, lungs, thymus, arms and hands. We’ll also see a strong connection to nature.

Represents our ability to speak, communicate and express ourselves.

A healthy throat chakra will result in good communication via voice, body language, observation and reactions to others. We’ll be good speakers as well as good listeners, and feel the need to express ourselves, encouraging others to participate. A free flowing throat chakra gives us the ability to express our own truth and self in creative ways. Physically we will see a healthy neck, shoulders, mouth, ears, nose, sinuses, thyroid and voice.

Represents focus and our ability to see the bigger picture.

When energy flows freely through this chakra, it promotes intellect balanced with other attributes of intelligence; the ability to see the bigger picture; insight; good concentration and memory. Intuition is strong and the conscious mind is clear on how to follow through with gut instincts. Someone with a healthy third eye chakra will benefit from healthy vision, eyes, pituitary gland and hypothalamus.

This is the highest chakra, and in most cases the least activated. The seventh chakra involves the sense of meaning in life; connection to a higher power or larger purpose, and to the rest of being. Generally we’ll have a highly developed consciousness, inner peace, mental stability and a broad acceptance of others. Physically we’ll benefit from a healthy cerebral cortex and pineal gland. 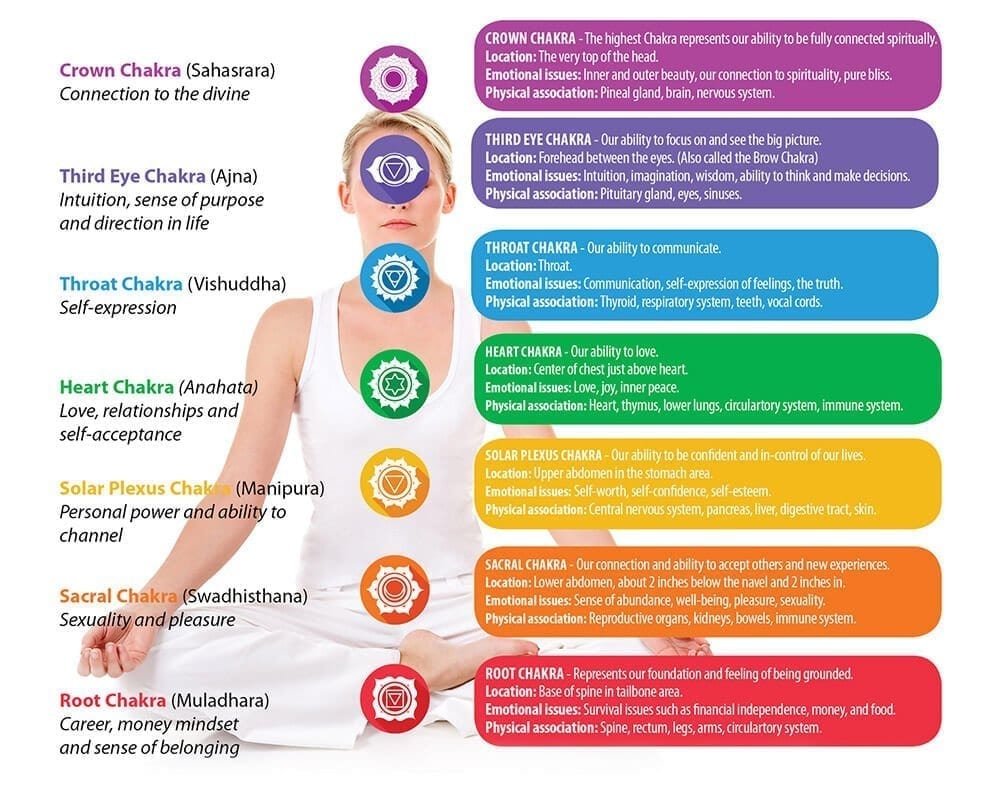 This course is an exciting new addition to our curriculum, and will be invaluable to those therapists who wish to add a major technique of ‘energy therapy’ to their existing practice/business. It is also suitable for those who wish to begin a new career in this field. Our course is intended to take the student from beginner to knowledgeable practitioner, and we’ll be there every step of the journey with our on-hand tutors. We’re honoured to have trained over 40,000 therapists over the last 20 years, with our wide range of holistic therapy distance learning courses that allow the student to create their own world of study.

Be more, do more, learn more – the holistic way!