A look into Iridology, also known as iridoldiagnosis or iridiagnosis. It stems from the word irid, which is latin for iris. The word ology means study of. 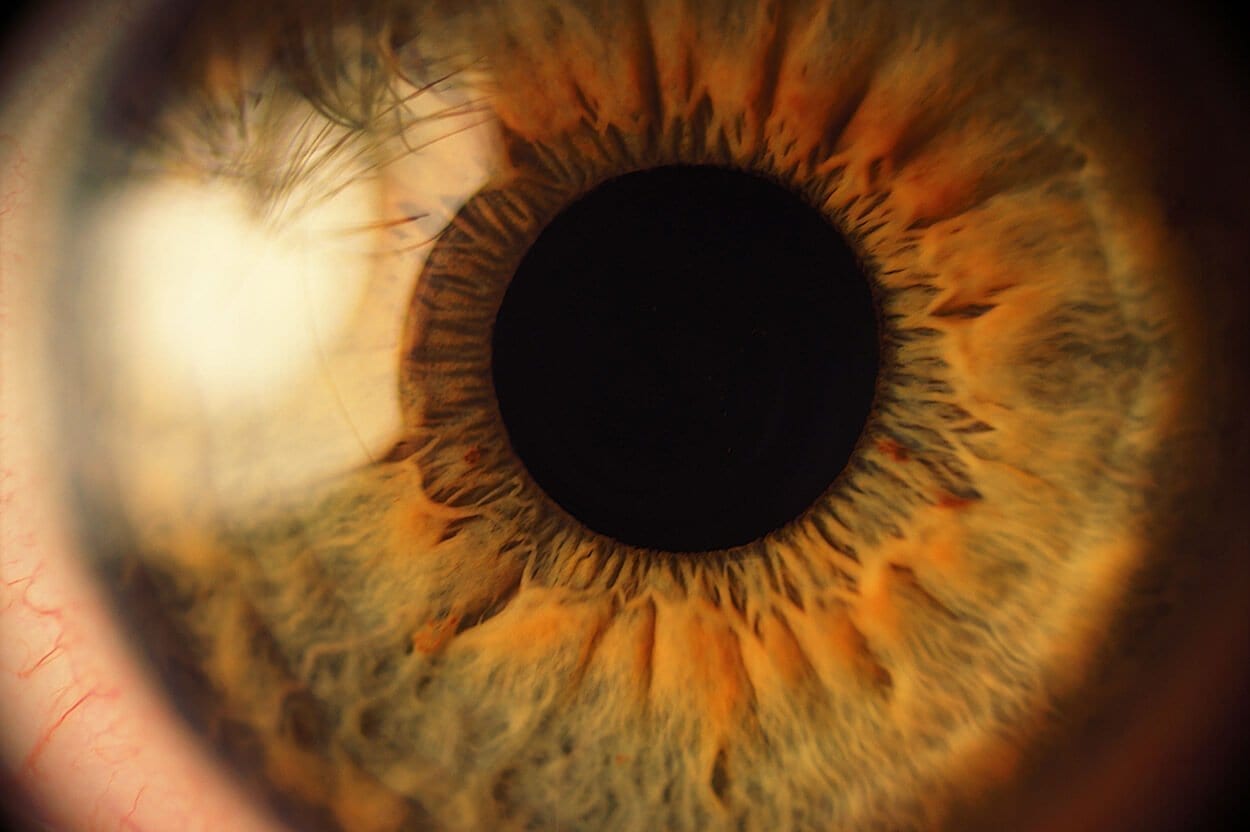 Iridology is basically the study of the iris. Iridologists view the patterns in your iris like markings on a map. They believe your iris reveals physiological conditions and can detect when an organ is under stress. This is believed to be a safe, unobtrusive and centuries-old method of early diagnosis, prevention and prediction.

Iridology does not claim to reveal specific diseases, but declares it can reflect the condition of the tissues within the body. Often different diseases produce similar problems in tissues such as inflammation, acidity, toxicity, congestions and changes in density.

How does this work exactly?

Our eyes have many nerve endings, linked to all parts of the body. Just like the nerve endings we have in our hands and feet which Reflexology uses to target issues throughout the whole body. When there is a problem in the body, the nerve endings to that area become sensitive. Iridologists believe that these problems can actually be reflected in the iris, through the nerve endings, appearing as identifiable colours and markings.

Unlike other holistic practices, Iridology is not a restorative therapy, it simply claims to be one of mother nature’s best diagnostic tools. Conveniently, one we happen to carry around with us at all times. It does not cure and it does not pinpoint particular ailments. It does however, claim to have the knowledge to identify weaknesses or overactivity happening within the body. The name of the game is to recognise a problem before it becomes apparent. Prevention is better than cure. 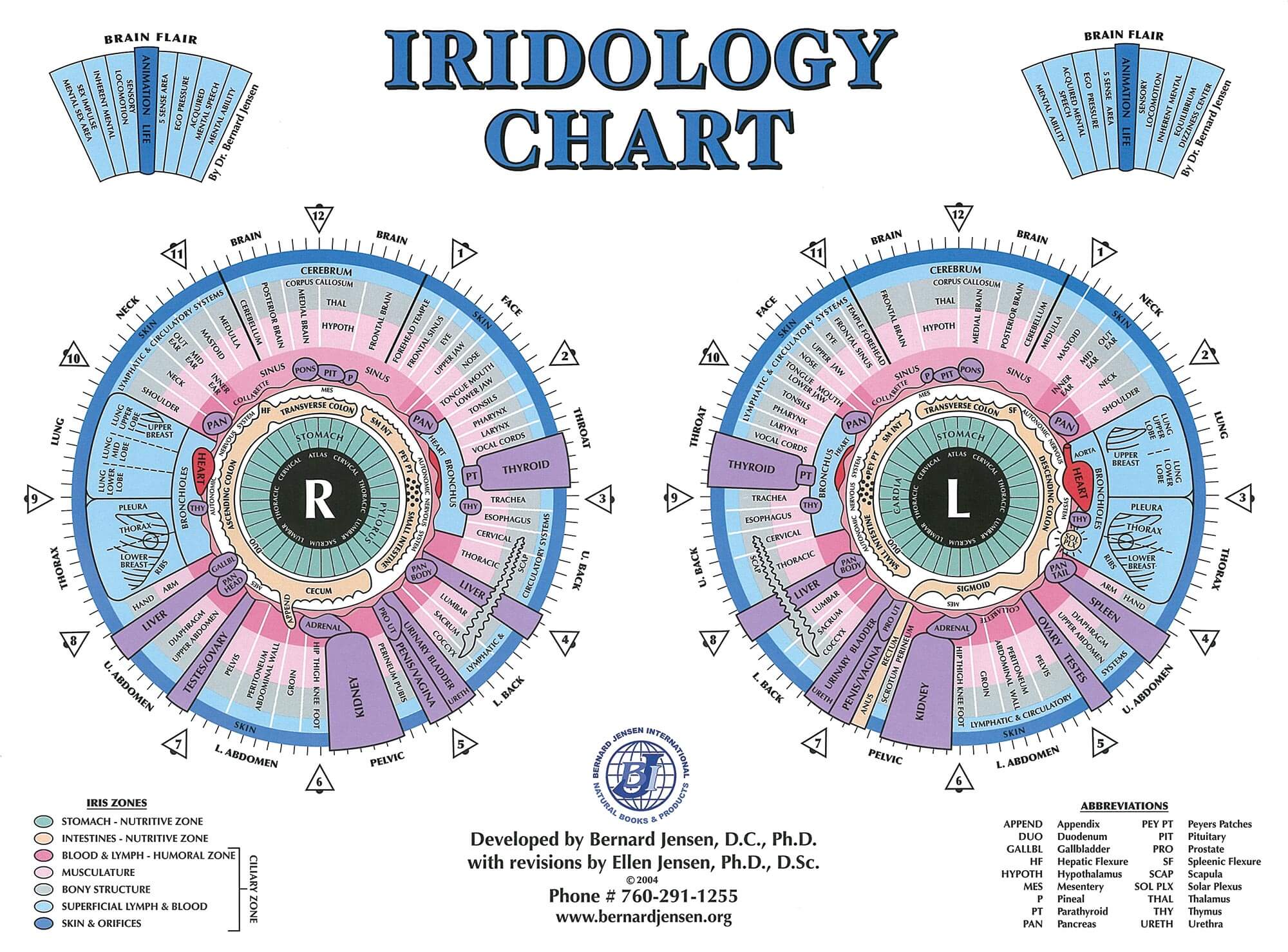 A very, very brief look at the history

Ancient Egyptian pictures of the Iris decorated on silver platters dating back to 1400 B.C. In 300 B.C, Ptholemeus, military leader of Alexander the Great used the principles of Iridology to select the best warriors. In the early 1500s A Vesalius, Father of Anatomy, details the iris of a dying man in his handbook. Instances like this continue throughout the centuries, and finally official records begin in the 1600s. In 1670, Dr. Philippus Meyens published his work with patients, and the changes he noticed in their eyes from sickness to recovery. He linked points on the iris to specific parts of the body, and his observations allowed him to identify areas that needed support long before physical symptoms manifested.

Let’s move along to the 1800s. A hungarian and swedish physician began observing the eyes and recording their findings. Though a fairly slow process, other scientists caught on, and more researchers joined the party. Scooting along a hundred years down the line to 1904 (home to the real hardcore.) This is when an Austrian physician released a book on Iridology in America, the very first of it’s kind. These publishings were soon followed by the works of natural doctors and naturopathic medical doctors alike.

Dr. Bernard Jensen is now credited with keeping Iridology alive across North America, being the largest distributer of Iridology related products and books. In Europe, extensive research has been carried out and the practice is valued as a preventative health care approach in the alternative medicine field. 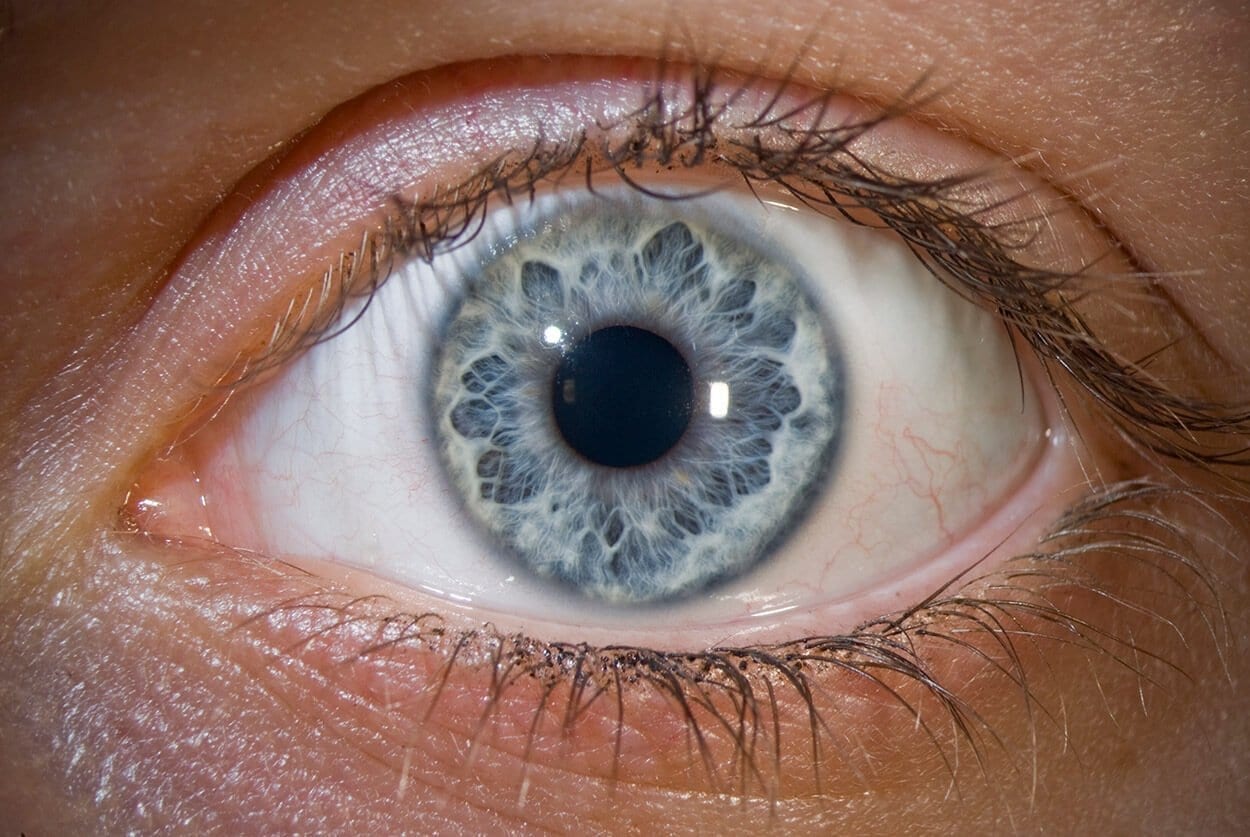 In today’s society, there is a huge boom happening in the alternative medicine arena. People are turning to holistic therapies to help prevent sickness, maintain health and relieve symptoms without having to take harsh medication. Now more than ever, Iridology is being accepted and explored by individuals from all walks of life. Some claim it’s all a quack, others swear by it. You will find all sorts of information pointing you in different directions, but the best way to determine your opinion is to learn all you can from trusted sources.

Ever considered expanding your expertise? Perhaps taken an interest in holistic therapies and alternative medicines? At the School of Natural Health Sciences we have been training holistic practitioners for over 18 years. Discover over 50 different holistic courses including Iridology, and get qualified online from the comfort of your own home! All our diploma’s are internationally recognised.

Celebrate this Valentine’s Day with a healthy dose of self-love
February 12, 2021
All Courses